You are here: Home » Blog » Parenting » One Simple Trick to Stop a Meltdown Fast

One Simple Trick to Stop a Meltdown Fast 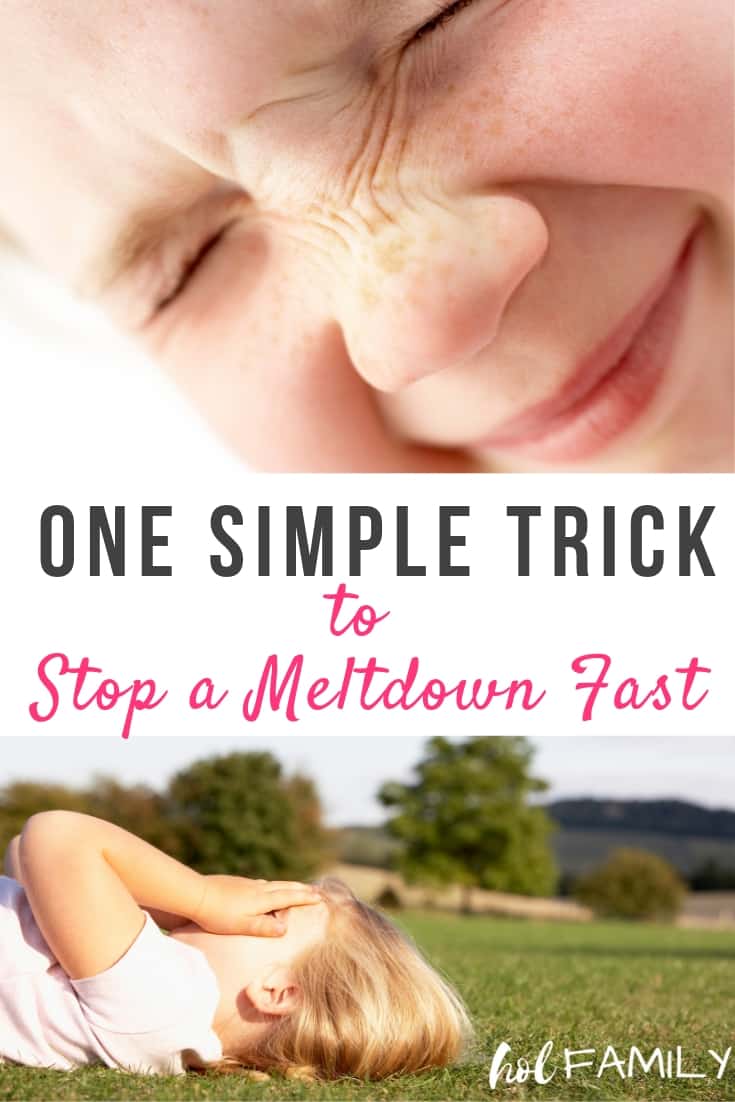 We recently took a family trip to the historic city of Boston over a long weekend. If you are a parent of a child with autism or sensory needs (or really just any parent) then you know how stressful travelling can be.

We drove the 7 hours there in one straight shot with a few stops for bathroom breaks and lunch along the way.

Our 16 month old slept most of the time and our 4 year old was content to doodle on her magic board or watch DVD’s. Our 6 year old was a different story…

We knew that being cooped up in the van for that long was not going to be easy on him, and we tried to plan accordingly. That meant packing lots of small toys like LEGO and magnetic blocks, healthy snacks, and his favorite DVD’s.

Past experience on long road trips with our son have taught us that we need to allow extra time for sensory breaks to run around and burn off steam along the way. We also know to brace ourselves for at least one major meltdown during a long road-trip.

I had thought things were going well this time because our son was happily engaged in building a LEGO robot while munching on some almonds.

It was at about the 4-hour mark, a little past halfway, that things started to go south.

I blame it on state of New Hampshire doing roadwork in the dead of winter and the fact that we ended up sitting idle in traffic for over an hour.

Our son started getting anxious about being stuck in traffic, and no amount of reassurance was going to calm his sensitive spirit.

The loud construction work coupled with feeling trapped in traffic led to a 0-100 sensory meltdown in 2 seconds flat.

He was kicking and screaming, throwing whatever he could find, and this set off our daughter and baby who also began crying and demanding to get out of their carseats.

My own blood pressure and anxiety began to soar as I scrambled my brain to think of a way to calm three children strapped in carseats and stuck on a highway in the middle of nowhere.

My initial fight or flight brain wanted to bolt from the van and run as fast as possible, or scream at the top of my lungs to “BE QUIET.”

Many parents dealing with a tantrum will use threats or punishment to get their child to stop “acting out.” We view tantrums as a release of emotions in kids who feel out of control, and prefer to use positive parenting solutions to handle tantrums.

A tantrum happens when a child doesn’t get their way or is refused something they want. Tantrums are very common in toddlers and preschoolers, and stem from big feelings that children don’t have the prefrontal cortex development to control.

Tantrums usually will resolve quickly if the child is given what they want or when they realize that their outburst will not get them their way.

The most important feature that distinguishes a tantrum is that a child in the midst of a tantrum ultimately remains in control over their behavior and has the ability to adjust the intensity of their outburst based on the feedback they are receiving.

A meltdown happens when a child loses complete control over their behavior and lacks the ability to self-regulate their emotions. Typically, a child in the midst of a meltdown can only be calmed down by a parent who has learned how to de-escalate their child, or when the child reaches a point of complete exhaustion.

Meltdowns happen when kids feel completely stressed and overwhelmed by a situation or feeling, and aren’t able to calm themselves down.

Meltdowns are very common in kids prone to sensory overstimulation such as the case in kids with autism, ADHD, NVLD, oppositional defiance disorder, or sensory processing disorder. However, meltdowns can happen to any child who is unable to regulate their emotions.

Tantrums can also lead to meltdowns, making it very difficult to tell the difference between them and to know how to respond.

If you aren’t sure whether your child is having a meltdown or a tantrum, the best course of action is to assume it is a meltdown.

The reason is simple…if you try to calm a child having a meltdown using even the best positive parenting approach, you will likely only make the situation worse and cause the meltdown to escalate even further.

But, this one simple trick will work well regardless if the child is having a tantrum or a meltdown!

When I was stuck in the van with three screaming children and felt like I wanted to scream too, I realized that my mirror gene had kicked in and my energy and emotions were mirroring what I was facing.

It suddenly occurred to me that if I wanted to change the emotional energy in the van, I had to model being calm and collected.

This definitely wasn’t easy to do in a van full of screaming children, so I tried to be a bit over the top in my demonstration of calmness.

I started with my favorite two words for connecting with a child who is in emotional hyper-drive…”I understand.”

Next, I loudly demonstrated inhaling and exhaling, paying special attention to blowing out a complete breath.

I continued my deep breathing even while the chaos continued to ensue, and my husband joined me.

In and out, in and out we, breathed together.

And then something incredible happened…

As we continued to breathe deeply, our baby and daughter stopped screaming and joined us in taking deep breaths.

Now, there were four of us, all taking deep breaths and changing the energy in the van.

It took a couple of minutes, but eventually our son also started to take deep breaths and calm his body…and just like that, the meltdown was over.

We have used this trick repeatedly in lots of different situations, including in public.

While you may get some strange looks from passerby’s who pre-judge your child’s meltdown and don’t think that your voo-doo deep breathing is an adequate response…when you experience the results I know you will, you won’t care what other people think.

The key to having this work for your child who is melting down is to DISPLAY CALM AND COLLECTED NO MATTER WHAT. Even if you want to explode on the inside (and believe me when I say I usually do), project the exact opposite on the outside.

In fact, that last tip will go a long ways in calming a tantrum too!

So why does this work to calm a meltdown?

Kids who are more prone to have frequent meltdowns tend to share the common trait of being emotionally hypersensitive to the world around them. It is almost as if they have an energetic sense that they react to.

And, there is a definite relationship between a parent’s “energy” and a child’s emotional response.

Parents of kids with autism, ADHD and sensory processing issues can probably tell you that their child can walk into a room and immediately sense the energy and respond accordingly.

If you and your spouse aren’t on good terms and your child walks by, they can sense that something is wrong.

If we are having an “off” day, they are like emotional barometers, sensing our bad moods and mirroring our emotions (and actions).

As parents of emotionally sensitive kids, we have to learn to regulate our own energy or else we run the risk of making a bad situation even worse.

Humans posses a special type of brain cell called “mirror genes.” These neurons enable us to copy emotions and behavior that we see in others (1).

We see someone sneeze, we sneeze. Someone starts crying in a movie, and we cry too.

When it comes to stopping a meltdown in our children, mirror genes can either be our best friend or our worst enemy.

If we get angry and raise our voices, our children’s mirror neurons will match our negative energy. Our kids begin yelling, we become even more angry, and suddenly the situation has gone over the top and finding peace and resolution takes much longer.

On the other hand, if we choose to model calmness from the beginning, taking our deep breaths and simply being that steady presence of positive energy, our child’s mirror neurons will respond by allowing them to match our deep breathing and quickly find their own inner peace.

What I do know is that even if modeling deep breathing doesn’t calm your child, IT WILL CALM YOU!

Deep breathing has been a huge game changer in our family, and I believe it can be in yours too!

You may also want to check out our articles on making your own calm down kit for kids and sensory smart sleep tips.

What tips and tricks do you have for calming meltdowns in your child? Leave us a comment below and let us know! 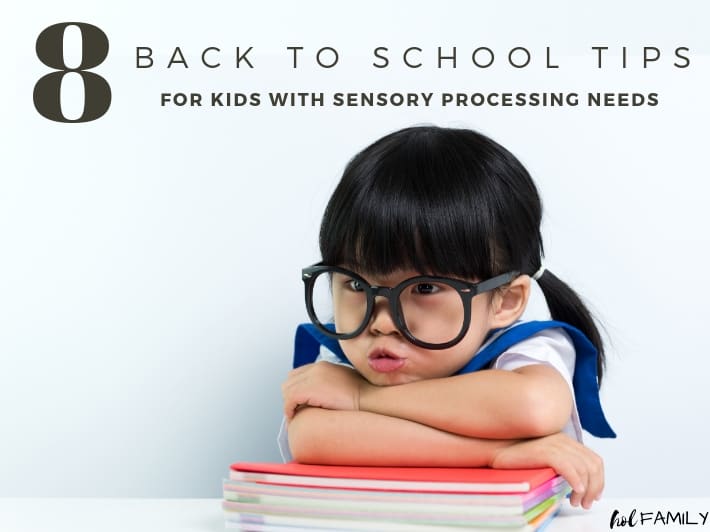 8 Back to School Solutions for Sensory Issues in Children 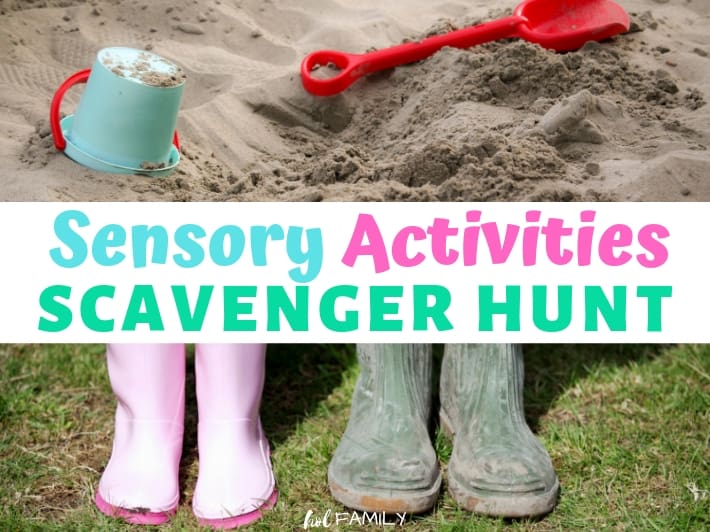 How to Create a Sensory Activities Scavenger Hunt for Kids 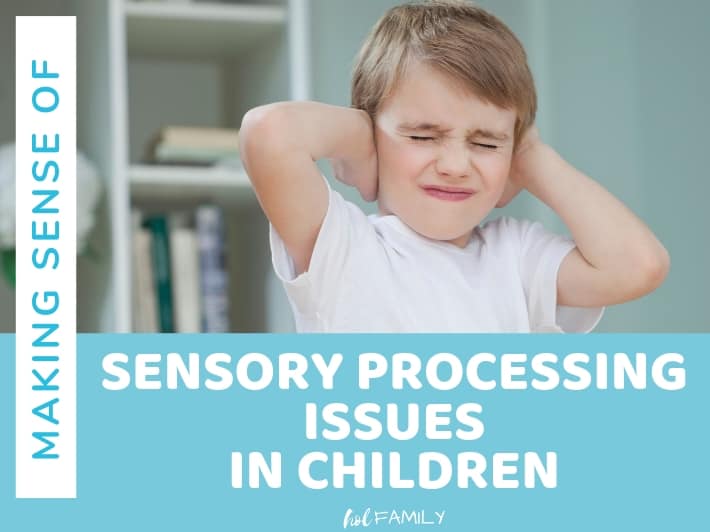 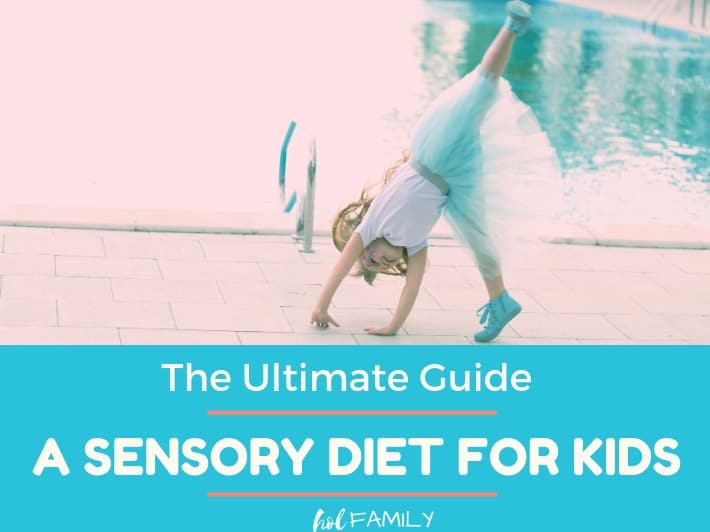 How to Create a Sensory Diet for Kids

The Best Sensory Smart Tips for Better Sleep in Kids

2 thoughts on “One Simple Trick to Stop a Meltdown Fast”